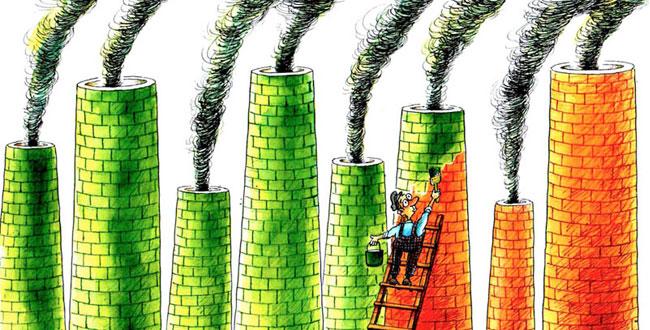 How can we strengthen international resistance against climate/green capitalism?

After twenty-one years of UN climate negotiations, governments and institutions like the World Bank or the G7 and G20 have been busy finding ways to keep the flow of large investments and projects to go on – no matter the consequences. Much of the actors pushing for the so-called “climate policies” (aka. carbon markets, offsets, etc.), strongly influence and operate in forums outside the UN. The focus on the UN “parade” leaves social movements with limited possibilities for truly affecting any decision, as these, in most of the cases, have already been “cooked”. How then can we strengthen and channel international resistance against climate/green capitalism?

Governments, intergovernmental institutions, corporations, conservationist NGOs and financial backers have been promoting a “new” economy: a “green economy” that allows business to compensate for their pollution or biodiversity destruction. A company that wants to extract minerals lying under a forest would be able to do so and claim no damage as long as the destroyed biodiversity is compensated by “preserving” or “restoring” another area that should be “equivalent” to the one destroyed. Likewise, an oil refinery can continue to pollute above any target as long as elsewhere a project is avoiding or saving an “equivalent” amount of emissions. Behind such compensations, hundreds of brokers, consultancy firms, NGOs, certification schemes and financial agencies are profiting.

Last G7 summit, governments agreed to a “decarbonisation of the economy” by 2050. Under the logic of “green capitalism”, this entails that emissions would be “compensated” by projects that are absorbing or avoiding emissions somewhere else or by controversial technological fixes. Meanwhile, the World Bank has been pivotal in pushing through carbon markets and facilitating offset mechanisms in southern countries. Many of these same governments claiming “ambitious targets to reduce emissions” at UN summits have signed or are pushing a raft of ambitious trade and investment deals that would pre-empt measures needed to deal with climate change. These deals lead to more production, more trade and more consumption of fossil fuels and will be used to reverse measures that impact on the profits of polluting industries.

There are many international processes were resistance against “climate capitalism” is necessary. These processes are yet mostly going on without much opposition. Isn’t it time to rethink where we need to direct our efforts?