I started to get involved in activism after joining many protest marches as if they were guided tours. After befriending activists, joining in protests became more of a social than a political activity. 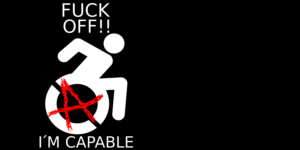